Through the project Justice and Management, we intend to offer a detailed view of the changes taking place in judicial and police organizations, through three different but complementary points of view : external stakeholders, managers and field actors.

Justice and Management (JAM): the stakes for the transition to a modernized judicial (2014-2018)

Three main work packages considering the three points of view of the transformation process are planned:

Description of the project

Emilie Dupont graduated from a Master's degree in Human Resources Management from the « Institut des Sciences Humaines et Sociales » (ISHS) of the University of Liège. Her Master’s thesis focused on the introduction of a management tool, the EFQM Model in the Belgian police services. She has also accomplished a Master's degree in Creative Project Management at ID Campus. Emilie Dupont is presently research fellow – PhD student at the « Centre de Recherche et d’Interventions Sociologiques » (CRIS). Her fields of research relate to the reforms and the modernization of justice and police.

Frédéric Schoenaers obtained his Ph.D. in sociology at the Institut d’Etudes Politiques de Paris in 2003. He is now full Professor of sociology at the « Institut des Sciences Humaines et Sociales » (ISHS) of the University of Liège where he teaches general sociology, sociology of institutional systems and sociology of organizations. He is also invited professor at the University of Lille 1. Within the « Centre de Recherche et d’Interventions Sociologiques » (CRIS), Frédéric Schoenaers is working on sociological analysis (looking at the sociology of organisations, professions and public action) covering major institutional restructuring measures in a context of further developing New Management. 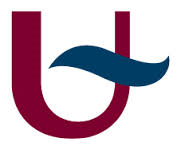 Steven Gibens is Master of Laws and Master of Criminology.
He has studied at the University of Antwerp and the Catholic University of Louvain. Since 1995 he has been member of the Antwerp Bar, first as trainee, and since 1998 as a full member. Now he is a partner of the Law Firm TERECHT C.V.B.A. ( www.terecht.be ).

He is also a substitute justice of the Peace in Antwerp and is lecturer at Karel de Grote-University college.In 1996 he was a part time researcher at the Catholic University of Louvain Department of Criminology examining the legal implications of the LinguaNet system in communicating information between law enforcement agencies in different countries.
From 1998 he  has been a part time researcher at the University of Antwerp  where he is studying the legal aid system in Belgium.

Bernard Hubeau is a professor of Sociology and Sociology of Law at the Faculty of Law of the University of Antwerp since early 2008. He studied law, has a degree in educational sciences (University of Antwerp) and in urban planning (Henry Van de Velde-institute Antwerp). He also teaches courses on Urban Planning Law (Law Faculty Antwerp), Legal Aspects of the Relation Citizen-Government (Antwerp Management School), Institutional Context of Social Work (Faculty of Political and Social Sciences, Master Social Work, University of Antwerp). He’s a guest professor teaching Sociology of Law at the University of Brussels (since 2007). In his teaching and research Bernard Hubeau combines both general, socio-legally inspired matters (sociology of law) and more technical subjects, like urban planning and housing law.

He is the former Ombudsman of the City of Antwerp (1996-1999) and of the Flemish Parliament (1999-2007). He was professor at the University of Utrecht (Netherlands) from 1991 to 1996 and Lecturer in a School for Architecture and a School for Police Studies. His major ambition is to study the relation between law and society. Bernard Hubeau is affiliated with the research groups Government & Law  and is supervisor of several PhD-projects on the role of justice in society, the socio-legal aspects of the right to housing and the right to legal aid and specific fields like the role of the ombudsman, socio-legal aspects of public law, legal professions and the relation between law and poverty.

Lawyer, criminologist, Alexia Jonckheere obtained her Ph.D. in Criminology in 2011 at the UCLouvain (University of Louvain-la-Neuve, Belgium). She is now researcher at the NICC, member of the Center for Interdisciplinary Research on Deviance and Penalty (CRID&P, UCLouvain) and teaches the Methodology in Criminology at ULB (the Free University of Brussels). Her expertise concerns the Management of Justice, particularly the management of the socio-legal supervision services (maisons de justice), the computerizing of the activities of the Probation Officers and more recently, the task and the organization of the clercks in regard to criminal inquiries and investigations. She is also well experienced in the scientific exploitation of criminal databases.

Carrol Tange has graduated in criminology and philosophy. He is researcher at the NICC and assistant at the School of Criminology of the Free University of Brussels (ULB) regarding criminal policy matters. For about 15 years he has been studying police, more particularly the everyday field work of frontline officers and the development of management in police organizations. He has also participated to international comparative research programs aiming at exchanging experiences in the field of police reforms, evaluation and implementation of community policing, and has also since then been regularly asked by the Belgian police to participate to the evaluation and follow-up of police projects in the fields of frontline work, alternative models implementation or police training. He has been co-founder in 2002 of the Centre for Police Studies, which he presided from 2004 to 2008. He is now collaborating to the development of the Justice & Management pole of research at the NICC, and by doing so pursuing the investigation of police matters, especially the interactions between police and judicial organizations.

The expertise of Christophe Mincke concerns, firstly, the question of interdisciplinarity. Lawyer, sociologist and criminologist, he tries since 1996, to combine rigorous approaches from different human sciences. Its role, in this program, will be to help researchers to dialog from their different points of view. Secondly, the expertise of Chr. Mincke is about prosecutor services on which he worked for more than ten years. A third expertise concerns mobility.

Conference theme : What are the Expectations from the Public towards the Justice System? Program